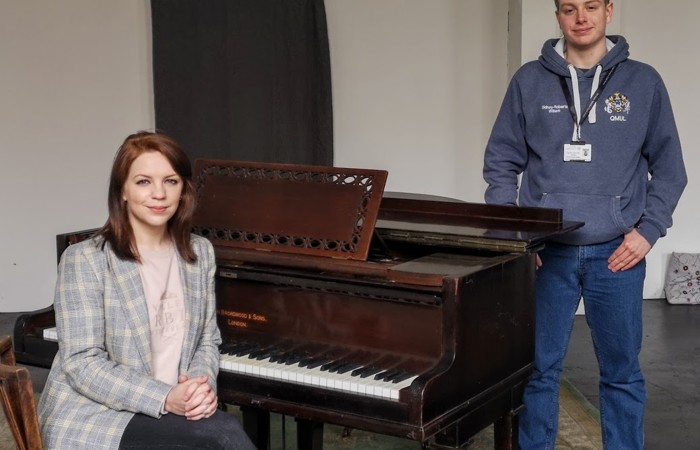 William has been singing since he was nine years old and has been taught by his singing teacher Sam Coe at the Wharf Music Academy in Norwich. He is currently preparing for his Grade 8 exam, which he is due to take this summer.

The auditions involved singing pre-prepared pieces and attending three interviews with different colleges, all of which took place online due to the lockdown. Auditioning from home came with its own challenges, with William at one point auditioning in the downstairs bathroom to get the right acoustic effect!

Cambridge Choral Scholarship-holders receive a small financial award each year, as well as subsidies towards singing lessons, subsidised meals in formal hall each week, and all of their expenses paid on choir tours in the UK and overseas. As part of the Scholarship, William will be required to attend weekly rehearsals and sing in the choir’s weekly services and annual events. As a member of Kings College, he will also have the opportunity to sing in King’s College Chapel with the King’s Voices Choir.

William Sidney-Roberts said:
“I didn’t really expect to get a choral scholarship, as I knew there is lots of competition. So, I’m really excited about singing in Emmanuel College chapel in their services and on their annual tours. Emmanuel College has a beautiful chapel which was built by Sir Christopher Wren, so it will be a fantastic place to sing.”

Chris Jennings, Principal at Sir Isaac Newton Sixth Form, said:
“Congratulations to William on this fantastic achievement, we are all so pleased for him! This Scholarship is the result of nine years of hard work and regular practice, and it is well deserved for his commitment to his craft. This is only the beginning for William, and I look forward to seeing him go onto even greater things.”